THE MEDIA THEATRE IS BROADWAY RIGHT HERE IN DELAWARE COUNTY

Many patrons have no idea who they are actually seeing on our stage, even though they may quickly glance at an actor’s bio in the playbill. And then there are those actors who create an indelible impression when seen here in a musical, but who leave Media and the surrounding region after the show ends its run…what happens to those talented singers and actors? 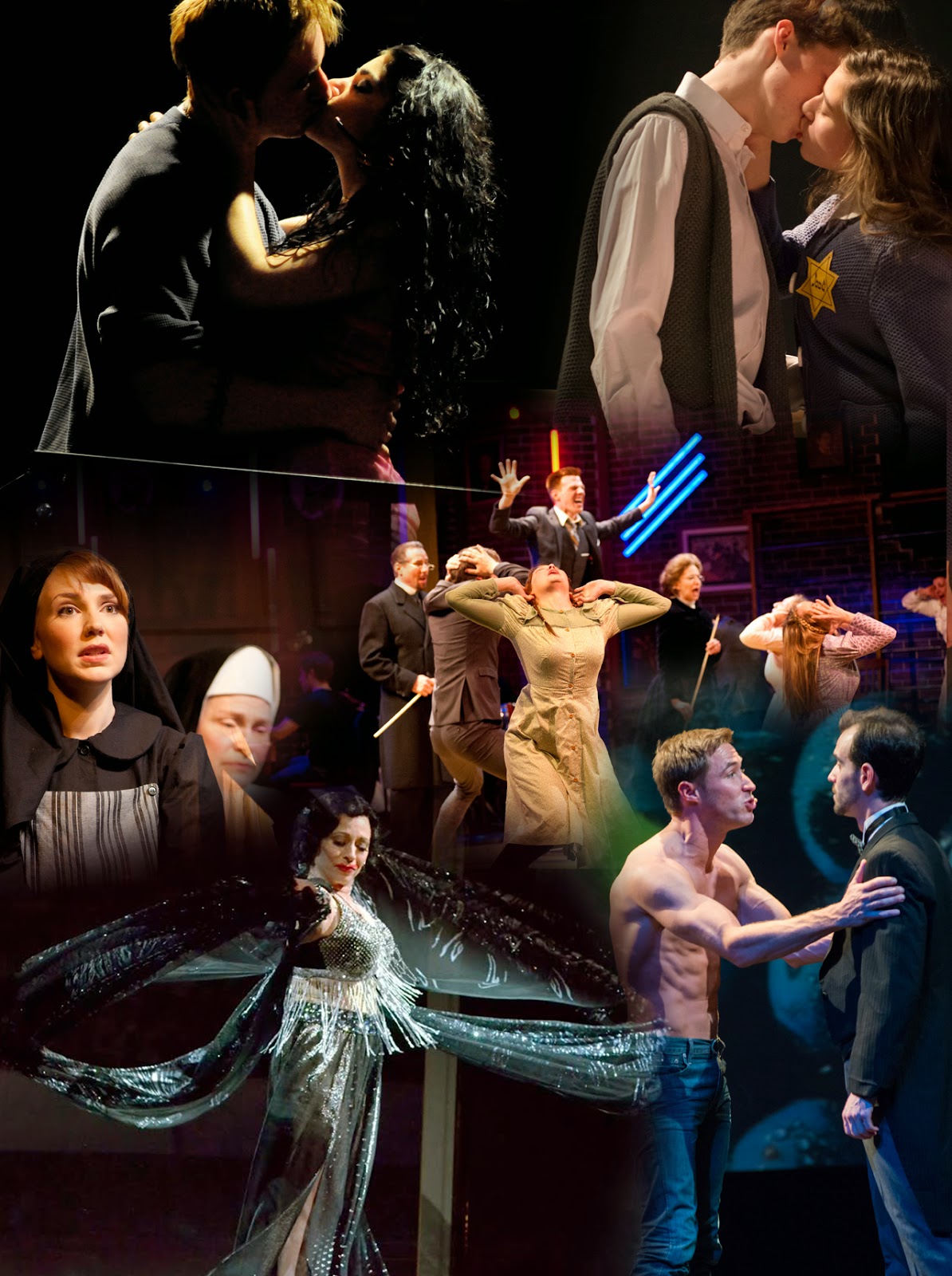 Interestingly, as passers-by on State Street drive past the Media Theatre marquee or walk underneath it, the thought rarely occurs that—aside from instantly recognizable names like Ann Crumb, Justin Guarini, Andrea McArdle, and Wanda Sykes—there are many actors you find regularly in television, film, and the Broadway stage who are entertaining thousands of people annually in the heart of Delaware County.

For instance, take a look at the cast of the Dolly Parton/Queen Latifah musical comedy film “Joyful Noise”. Right there on the big screen, and now seen on millions of DVD players around the world sharing the scenes with two iconic female talents is none other than Andy Karl in the role of Caleb. He is now a name audiences around the USA are becoming very familiar with. Karl is very familiar with The Media Theatre and the Media Borough ever since he portrayed the leading 'dual' role of "Jekyll and Hyde" in Frank Wildhorn’s musical version of that split personality tale in 2002—right here on State Street.
Audiences reacted to Karl’s brilliant portrayal of Jekyll/Hyde by giving him standing ovations at each and every performance during curtain call. Following his memorable run here in 2002, Karl went on to appear in Legally Blonde on The Great White Way as the UPS Guy. He has also appeared in Wicked, and Dolly Parton’s Nine to Five musical. He’s a three-time Tony nominee for his bravura lead performances in Broadway's "Groundhog Day: The Musical" (currently running) and in the short-lived (but wonderful) Rocky musical on Broadway, and as a featured actor for his 2015 performance in On The Twentieth Century in which he shared the stage with Kristin Chenoweth.
Now that’s the type of talent you may not realize is on The Media Theatre stage.
Phillip Boykin is another Tony nominee our audiences enjoy seeing. In The Media Theatre’s Show Boat four seasons ago, Boykin did more than bring the house down with his portrayal of Joe and his interpretation of the classic show tune "Ol’ Man River"—He actually shook the rafters with his booming, powerful baritone. Boykin graced the entire full page of The New York Times entertainment section as he appeared in the Broadway revival of Porgy and Bess. The New York Times raved about his interpretation of the role of Crown, in which he shared the stage with four-time Tony winning Broadway icon Audra McDonald. Boykin received his first Tony nomination for his performance. He was in the hit Broadway musical revival, On The Town, as well as other productions in NYC. 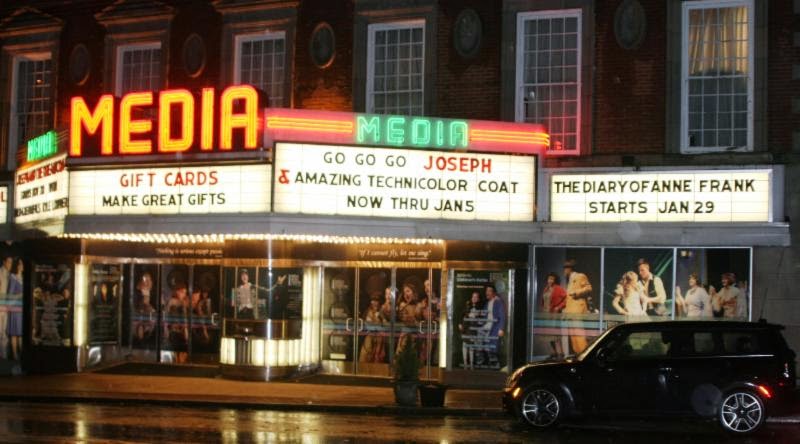 See what we’re getting at? You pass The Media Theatre dozens of times a year and perhaps don’t realize what is happening inside on the stage. Jesse Cline, artistic director for the theatre, certainly has quite a knack for casting. The actors are members of the Actors Equity Association, the Union of Professional Actors and Stage Managers in the United States. These are not people who perform as a "hobby" --although there is nothing wrong with that, it’s a choice, just like the choice made to pursue a professional career and make a name for yourself doing what you love to do.
Others who have done well before, after, or during appearing on Media’s only professional music theatre stage are:
Ian Kahn, who delighted audiences five years ago as Henry Higgins in My Fair Lady (also directed by Cline). He went on to Broadway in Enron: The Musical and to living rooms across the country in the ABC hit Castle. He now has a lead role on the AMC cable network program Turn, recently renewed for its fourth season.
Jesse Tyler Ferguson. Now there’s a name for you. Cast by Cline when he was only 22 in a production of Hello Dolly as Barnaby, and seen by over 8,000 people here in Media, this young man went on to several Emmy nominations and two SAG Award wins for his work in the mega-popular ABC situation comedy Modern Family. He plays Mitchell Pritchett. (Those of us who were here at the time remember, when working with this young man years ago Jesse Cline stating quite matter-of-factly, "This guy is a talent to watch. He is going to be big." Sure enough, with Modern Family winning every award imaginable and being seen by millions of people weekly, those were words to carve into stone. And he was our Barnaby…just a kid then.)
Barely a week has gone by in the past few years when a Media Theatre stage alum is not performing on Broadway. There’s Kyle Barrish, who was in our production of Titanic, who portrayed Raoul in the long-running Phantom of The Opera; Conrad Ricamora who is in the current Broadway revival of The King and I; Joseph Spieldenner, seen here in Oklahoma! is in Broadway's Les Miserables; and The Media Theatre’s very own New School student Beada Briglia, who performed in A Christmas Story at Madison Square Garden during its 2013 run and also in Matilda on The Great White Way. Currently, Sean Thompson shares the stage with Glenn Close in the revival of "Sunset Boulevard" on Broadway. Thompson has been seen here at The Media in half a dozen productions.

Josh Young, who trained here as a youth, was seen on Broadway with the much buzzed about and anticipated musical Amazing Grace. 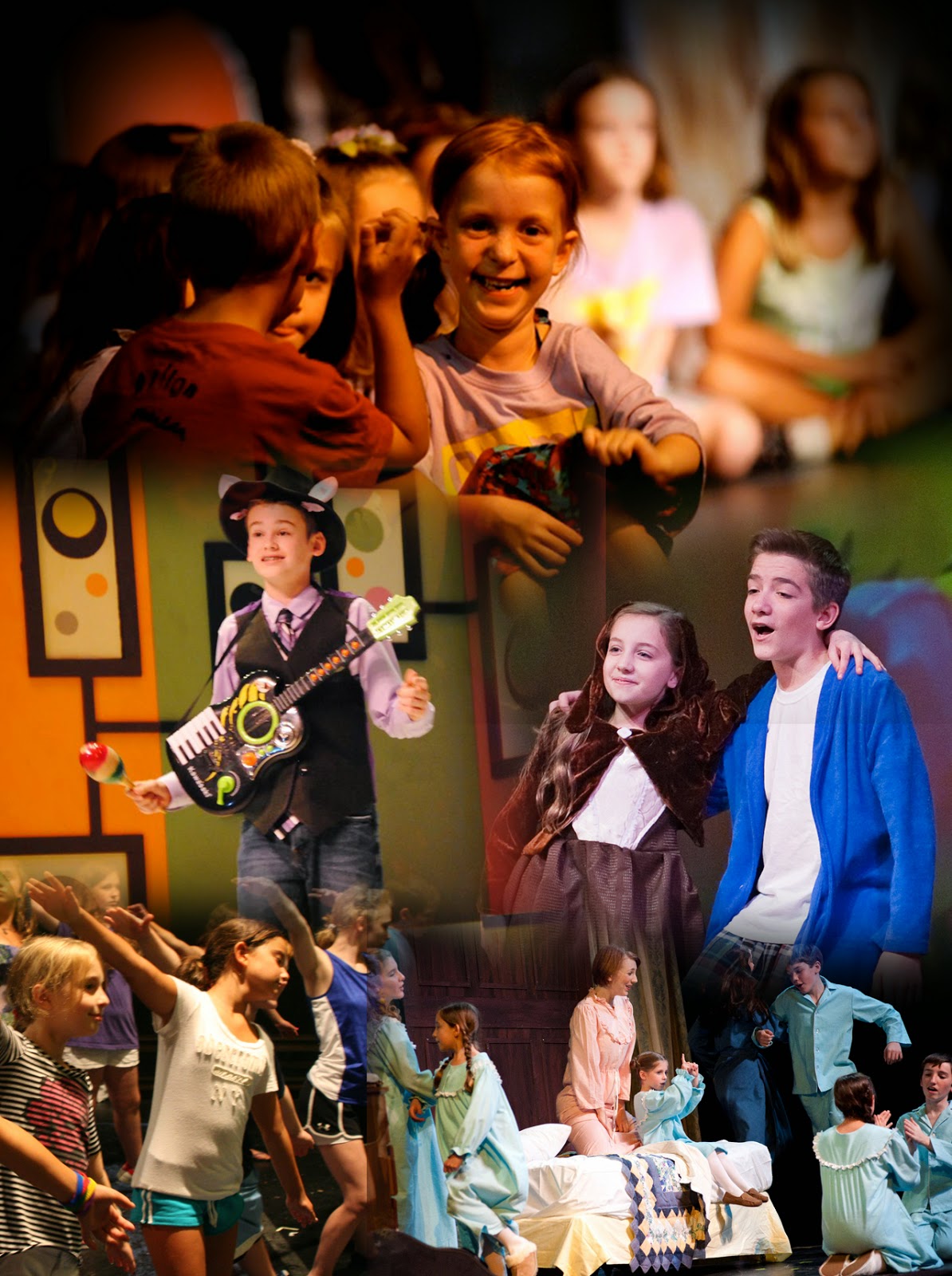 This article names  just a small sampling of successful professional actors who have walked in and out of The Media Theatre for weeks at a time as they rehearsed and performed here. They have, most likely, shopped and dined at Media’s businesses and restaurants while in town and you may have seen them out there in the borough somewhere, casually strolling along the sidewalk or passing you in their car.
So the next time you see our marquee and notice a show title that intrigues you, the next big Broadway star, film icon, or award-winning television personality could be right here in Media, near you, or perhaps dining at a table next to you here in town or locally. Or perhaps someone who already has a long list of Broadway credits is currently performing here. It’s right here at The Media Theatre.
We are Delaware County's only professional music theatre, bringing you the finest talent Philadelphia and New York City have to offer with each season of shows. (Well known Philadelphia actors who have made a career for themselves as professionals in our region that are Media Theatre Stage Alumni include Jennie Eisenhower, Krissy Fraelich, Lauren Cupples, Dann Dunn, Elisa Matthews, and Jeff Coon. Coon, in fact, started his professional Philly career right here at The Media Theatre 20 years ago in a production of "Phantom" directed by Jesse Cline, who spotted the then very young actor's definitive talent.)
For upcoming performances, visit mediatheatre.org.