The Media Theatre will produce its first Shakespeare classic in January and February 2017 when "Romeo and Juliet" takes the winter slot as its annual play.

Since 2014, within its season of four professional musical productions, the theatre brings a classic play to its stage. "It's been highly successful for us," said Jesse Cline, Artistic Director, who directed the first three legendary plays (Diary of Anne Frank, The Miracle Worker, and To Kill A Mockingbird) to great acclaim, winning two Broadway World Awards as Best Director for his work on the classics. "We have weekday morning shows for middle school through high school, and our subscribers and patrons enjoy seeing these theatrical presentations."

"Romeo and Juliet" will see Cline handing the reins to a guest director, Bill Van Horn, who recently directed the popular "Peter and the Starcatcher" at Walnut Street Theatre.

The lead of Walnut's "Starcatcher" production, Brandon O' Rourke, will work with Van Horn once again as he takes the lead role of Shakespeare's teenager in love in "Romeo and Juliet". Lexi Gwynn, who played lead roles for Cline in "The Miracle Worker" and "To Kill A Mockingbird", returns to appear opposite O' Rourke as Juliet. Gwynn won a 2015 Broadway World Award as Best Actress for her portrayal of Helen Keller in "The Miracle Worker".

"I look forward to working with these two very talented young professional actors," said Van Horn, who is no stranger to The Media Theatre stage himself having just wrapped playing the role of McNair in "1776".

"The Media is a great space," he said. "It's a real gem for the region and I have a terrific vision for "Romeo and Juliet"."

"Romeo and Juliet" runs January 25 to February 19, 2017 at The Media Theatre. As a general rule for the annual Media Theatre plays, it is best to reserve seats early as they tend to sell out, particularly for school groups. For tickets and information, call 610-891-0100 or GET TICKETS HERE

The "Romeo and Juliet" cast is:

THE JUNGLE BOOK IS LIVE ONSTAGE AT MEDIA THEATRE THIS SUMMER

Mowgli, Baloo, and the gang are ready to entertain this summer each weekend at The Media Theatre in "The Jungle Book". In this new live-action version written by Tim Haney with additional material by Roger Ricker and music by Ben Kapilow, audiences will find humor and heart as Mowgli grows up with the assistance of animal friends.

Based on Rudyard Kipling's stories, "The Jungle Book" starts out with Mowgli as a small child and ends with him as a pre-teen. The musical is a perfect introduction to theatre for ages 4 and up. 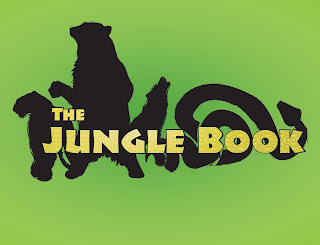 Adult actors join students of the theatre's classes and camps to present the story. Tim Haney reprises his role as Baloo, played five years ago to great acclaim. Mark Marano, recently seen as Samuel Chases in "1776", leaps into the role of King Louis the Orangutan and Henry O' Neill, a policeman from Prospect Park, lends his talent to the role of Father Wolf.

Some roles are double cast to allow plenty of opportunity for young student actors and to present a fresh take to each performance in this new scripted production, based on the show produced at The Media Theatre five years ago. New music has been written by Kapilow with revised lyrics by Kapilow and Haney.

The hour long show plays Saturdays at 11am and Sundays at Noon June through August. Call 610-891-0100 or visit mediatheatre.org for tickets

WILLOW, THE GIRL....CASSIDY ELSE/ RACHEL MCVEY

On Friday May 13, The Media Theatre was packed with a near capacity crowd. The production of "1776" was to begin at 8pm, but the real draw for the evening was the tribute held prior to the show for one of the most popular and beloved members of the Media community, Mr. Stanley T. "Tom" Hibberd III.

Affectionately known as Tom Hibberd to those who know him, his life in and around Media has been one of tireless assistance to community, to neighbors, and to local organizations. A long time member of the Media Rotary, the Fair Trade Foundation, and The Media Theatre, Tom's popularity brought over 400 family and friends as well as associates to the theatre on the special night.
A reception was held in his honor in the elegant Crystal Room, where Tom has been involved in many meetings over the years as a Media Theatre Board member and subsequently its Chairman of the Board. Now with Emeritus status, his knowledge and insight is still an important factor in the theatre's movement forward.

During the past two years, as Tom's health began to fail, his enthusiasm for life and his community spirit nevertheless remains intact. "It wasn't just me who moved the theatre forward," he said in front of his adoring fans and friends. "There's also Mayor Bob McMahon, Jesse Cline, and Patrick Ward who work tirelessly in ensuring the theatre's success."

"I love the theatre's education programs," he stated. "The opportunities it gives to young people who have dreams of becoming Broadway stars or even stars in their own neighborhood is priceless. I can't imagine Media without it."

To assist in driving home his point, one of The Media Theatre's students, Ava Briglia, who started out performing on her own during the summer contest "The Vocalist" and is now playing the lead on Broadway in "Matilda" sent a special video greeting to Tom, which was shown on the theatre's big screen. Now 9 years old, her beaming smile lit up the room as she said, "We hope you feel better soon, Tom. We love you! Greetings from Broadway!"
Another student and past "Vocalist Junior" winner Molly Sorensen, stood next to Mr. Hibberd as she sang the legendary musical theatre song "You'll Never Walk Alone" to him.

Tom's brother, Don Hibberd, put the entire evening together in tribute to his sibling. He spoke of Tom as the crowd of over 400 listened with respect and honor. "I love my brother dearly," he said. "He says it's not what you do when you are alive, but what you are remembered for when you are gone that matters. This night is a tribute to the greatest man I know, here at a place that he loves so much."
"We want to keep the opportunities for students and young people alive," Tom said. "Please keep the dream alive and support the theatre's educational programs. I've seen what happens on this stage when the young people get up here to perform, and it's pure magic. If you haven't seen it, you need to."

A special note to Mr. Tom Hibberd from Jesse Cline and Patrick Ward of The Media Theatre: "Tom, you have kept the dream alive and we are forever grateful."

Tom Hibberd and his brother Don have requested that anyone who wishes to support The Media Theatre's educational programs please call 610-891-0100.
at May 16, 2016 2 comments: