You don’t have to go to NYC to find talented young up and coming performers. The Media Theatre’s summer “Vocalist” and “Vocalist Junior” events allow local youth to shine on stage each Wednesday and Sunday night from July 6 through August 14.
From elementary school age up to 24 years old, the annual competition is entertaining for audiences, much like the popular national singing contests on television. Produced by Media Music Theatre Company, the weekly showcases provide ample opportunity for the contestants as well, allowing them a chance to perform for large audiences while honing their skills on Delaware County’s only professional music theatre stage.
The contestants have been culled from recent auditions held at the theater’s new School and Dance Studio. The actual contest performances take place at the Media Theatre, 104 E. State St. Ages 14-24 will sing Wednesday nights at 7pm during “The Vocalist,” while the tots and pre-teens, ages 7-13, take the stage during “Vocalist Junior” on Sunday evenings at 7pm.
They’ll be slight changes to the contest this year, but the format remains the same. No one is eliminated until after Week 4 in either competition, and an extra week has been added moving the “Vocalist” and its “Junior” counterpart to a six week series starting this year.
“Audiences will actually get to see each contestants grow,” said Media Music Theatre Co. Artistic Director Jesse Cline. “We also look at this as an educational experience. So, rather than singing one song and leaving the competition, each vocalist has the opportunity to learn a bit more about what it takes to perform in front of an audience on a professional stage.”
Cline, as the one constant judge, is a part of an important process in the competition. He will have an extra category on his ballot that will not appear on the guest judges’ tally sheets. His added category is Individualism, which reflects his connection to the singers each week and his rapport with them following their performances. 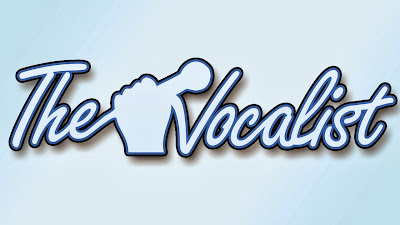 “In getting to know them more than the other judges, it seems logical that I would have this extra category,” Cline said. “There may be a week in which a young singer falters a bit, but I will know what they are capable of and who they are. The Individualism category speaks to the fact that each contestant is unique. Their interests and what is best for them should come first. Each has their own story to tell in their own way.”
The guest judges will mark their ballots in three categories. The added category of Song Choice will join Vocal Ability and Stage Presence. Cline will have those three, plus his extra category. All categories will utilize a 1-10 ranking system, with 1 being the lowest score and 10 being the highest.
Online voting will take place again this year, not affecting any outcome until after Week Three. As with the judges’ scoring, the online voting will also be accumulated for four weeks. After Week 4, online scores will be tallied and the person with the most votes online will receive an added 30 points to their total score. The additional points may or may not assist them in moving forward. The second-place online vote-getter will receive an added 25 points, with the third receiving 20 extra. Vote-getters four through 10 receive 15 extra points, and those who rank 11-15 online will gain 10 extra points to possibly move them into the semifinals.
“We value our first-time Media Theatre performers as well as those returning,” Cline said. “To have so many aspiring vocalists from Delaware County and the Philadelphia region interested in our programs here is a big stamp of approval.”
The top five in each contest receive cash prizes. They are sponsored by Iron Workers Bank. For more information or tickets, call 610-891-0100 or visit mediatheatre.org
The “Vocalist” contestants begin singing their hearts out with songs of their choice each Wednesday night July 6 through August 10. They are Alexia Alvarez, 14, Media; Alexandra Battisti, 14 of Malvern; Kyleigh Bleacher, 19, Ridley Park; Emma Costello, 14, West Chester; Larissa Culbertson, 14, Wayne; Aidan Curry, 14, Broomall; Tori D’Ascenzo, 15, Delco; Lauren Faulkner, 15, Glenolden; Jake Faragalli, 14, NJ; William Fay, 16, Boothwyn; Elaine Ficarra, 15, Glenmoore; Troy Gartner, 18, Paoli; Moses Gonzalez, 21, Woodlyn; Kate Goodrich, 19, Media; Toni Huegel, 14, Springfield; Carrie Hytha, 21, Phoenixville; Megan Kaczenski, 14, Garnet Valley; Kaliegh Kahan, 16, Cochranville; Sarah Korbel, 17, Wayne; Paul Mariani III, 16, Ardmore; Jacob Mergott, 17, of Swarthmore; Sophia Newton, 15, West Chester; Hope Smalley, 19, Secane; Molly Sorensen, 15, Malvern; Allison Sutton, 16, Hatboro; Matt Tierney, 16, Havertown; and Paul Vink, 14, of West Chester.
“Vocalist Junior” singers will entertain while they vie for the top five spots starting Sunday night July 10 and continuing through August 14. They are Josh Atkinson, 12, Drexel Hill; Matthew Bentley, 12, Thornton; Jada Bochanski, 8, Broomall; Shannon Clark, 13, Havertown; Joseph Colasante, 13, Brookhaven; Grace Curry, 11, Broomall; Cara Furchner, 8, Glen Mills; Veronica Garrubbo, 13, Berwyn; Bridget Henry, 9, Havertown; Hayley Hughes, 13, Hockessin, DE; Ava Kelly, 12 and Skylar Kelly, 12 of Phoenixville; Khadijah King, 7, Upper Darby; Sadie Lock, 9, Wenonah, NJ; Sean Lock, 12, Malvern; Natalie Mancini, 9, Broomall; Carly McGuinn, 12, Glen Mills; Fiona Moser, 13, Havertown; Amanda Shaughnessy, 13, Wallingford; Mary Kate Vink, 12, West Chester; Brynn Washbourne, 9, Coatesville; Abigail White, 13, Boothwyn; Carter Weiss, 11, Pike Creek, DE; and Violet Wiley, 10, Woodlyn.
Notably, Paul Mariani III is competing for the sixth year, having started out as a “Junior” member of “Vocalist”. Last year, at age 14, he moved into the Wednesday night “Vocalist” contest where he will compete again this year. Also of note, Molly Sorensen, who won “Vocalist Junior” two years ago, makes her debut in the 14-24 age category with “Vocalist” this summer where she will compete against others in her age range and slightly older. When she won “Junior” she was one of the oldest contestants in the younger age category.
at June 26, 2016 No comments: