THE MEDIA THEATRE HAS 'WEST SIDE STORY' APRIL 19-JUNE 11

The Media Theatre has the legendary musical “West Side Story” April 19 through June 11. With a book by Arthur Laurents and a sweeping score from Leonard Bernstein and Stephen Sondheim, the musical is often referred to as one of the all-time greats in the Broadway canon. 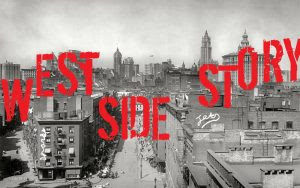 “West Side Story” transports Shakespeare’s Romeo and Juliet to New York City in the 1950’s. The story takes place on the west side of Manhattan at a time when many Puerto Ricans moved to NYC. Two young lovers, Tony and Maria, find themselves in the middle of street gangs at war—the Jets and the Sharks. The musical captures the essence of struggling to survive amidst violence and prejudice which is one the main reasons it has remained relevant to this day after premiering on Broadway in 1957.

“West Side Story” highlights youthful performers with energetic choreography and songs such as “Tonight”, “Maria”, “Somewhere”, and “America”.

At The Media Theatre, “West Side Story” is directed and choreographed by Dann Dunn, with Jennie Eisenhower as Associate Director. Christopher Ertelt is the music director. GET TICKETS HERE

The cast for “West Side Story”:

It's now time to register for The Media Theatre's Spring Semester of Acting Classes which begin the weekend of April 8, 2017.

The popular acclaimed Children and Teen Acting Classes will be returning, as well as the Adult Acting Class. Each semester brings a fun educational atmosphere as students develop by working together and creating within a group setting.

Classes are under the supervision of Broadway World Award winning Artistic Director Jesse Cline, who studied with the renowned Sanford Meisner. All classes and the New School at The Media Theatre follow the Sanford Meisner Technique which basically states that 'acting is living as truthfully as one can under an imaginary circumstance'. This means that all actors should create as they will as honestly as they are able, without copying anyone else's performance or trying to be who they are not. It's a confidence booster while raising self-awareness.

Students from the New School and acting classes are given performance opportunities throughout the year at The Media Theatre, playing roles in the Children's Series such as the upcoming "Alice In Wonderland" (the summer children's production) and, when applicable, the Broadway Series.

Roger Ricker, who has been in over 100 productions at The Media Theatre and has worked with Artistic Director Jesse Cline since 1991, will continue instructing the Level One Children's Class on Saturday mornings at 9am for ages 5-8, and the Level Two Children's Class on Tuesday afternoons at 4:30 for ages up to 11. He'll also instruct the Teen Acting Class on Sunday evenings at 6pm.

Tim Haney, who has directed two mainstage productions at Media and has been with Media Music Theatre Company since 1998, instructs the continuing Adult Acting Class on Tuesdays at 7:30pm beginning April 11.

You like to ‘move it, move it’? Then be sure to see the musical “Madagascar Junior” at The Media Theatre. It’s on Saturdays at 11am and Sundays at Noon March 25 through May 21.

“Madagascar Junior” is based on the animated film and features humorous characters, lots of adventure, and an upbeat energetic score including the hit song “I Like To Move It”. 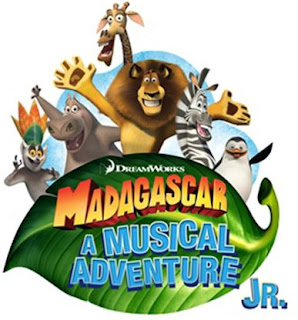 Join Alex the Lion, Marty the Zebra, Melman the Giraffe, Gloria the Hippo and, of course, those hilarious plotting penguins in the musical adventure of a lifetime.  The hour long show follows all of your favorite crack-a-lackin’ friends as they escape from their home in New York’s Central Park Zoo and find themselves on an unexpected journey to the madcap world of King Julien’s Madagascar.

Tim Haney portrays the role of Alex the Lion, while Roger Ricker entertains as King Julien. Others in the cast are Media Theatre students, and one parent of two student actors (Doug Henry). All other roles are double cast, allowing audiences and students ample opportunity to enjoy the “Madagascar” antics.

See the entire cast list below, and be sure to get tickets by calling The Media Theatre at 610-891-0100 or visiting mediatheatre.org

The "Madagascar Jr" cast is:

"Side Show", with a book and lyrics by Bill Russell and music by Henry Krieger, is based on the story of Daisy and Violet Hilton. It's on stage at The Media Theatre through March 26.

The Hilton sisters were conjoined twins who entertained on the carnival and burlesque circuit in the 1920's and '30's. Managed poorly, the sisters eventually meet a talent scout and his budding musician pal who make a deal to showcase the two women on the Orpheum Circuit. Bursting with hope regarding their newfound fame, the ladies hearts are still unfulfilled, as they cannot escape the reputation of being 'freaks'.

The unique musical is on through March 26 at The Media Theatre. Audiences will sit 'under the big tent' during this show, which lends the atmosphere of being in an actual side show event. It's an up close and personal look at what makes us different while exposing the fact that we are all the same.

Photos by Maura McConnell. "Side Show" is directed by Jesse Cline.

MEDIA THEATRE 'STAR STRUCK' GALA FEBRUARY 25 WAS MOST SUCCESSFUL EVER!

The evening placed the spotlight on the many star contributors, volunteers, and performers who continue to guide and light the theater and its mission.  The 2017 Walter M. Strine Advocate of the Arts Award was presented to Delaware County Councilman David White for his exemplary generosity.  Iron Workers Bank, represented by its President Mr. John Whitig, received the 2017 Community Partnership Award for its longstanding commitment to The Vocalist and Vocalist Jr. vocal contests for youth.

Alice Ripley joins other Broadway and regional stars who have appeared on The Media Theatre stage including Philip Boykin, Betty Buckley, Ann Crumb, Jesse Tyler Ferguson, Judy Kaye, Andy Karl, and Andrea McArdle. Aside from those celebrity names, many who have performed on the Media Theatre stage have had their start at the theatre’s education programs or developed as artists through the theatre’s musical productions.

“At almost any given time, audiences on Broadway are being entertained by Media Theatre alumnae,” notes Artistic Director Jesse Cline. “These include young actress Ava Briglia, who studied here and just finished playing the lead role on Broadway’s Matilda; Sean Thompson, who is currently cast in the new Broadway revival of Sunset Boulevard with Glenn Close after starring in The Media’s production of Sunset Boulevard two years ago; and Andy Karl who will be opening the new musical Groundhog Day this spring.”

Media Music Theatre Company is the professional music theatre organization which produces the Broadway Series, Children’s Series, and educational programs at The Media Theatre. Due to its regional and national impact, The Media Theatre has received 72 Broadway World Awards for “Best of Philadelphia Theatre” since 2012, as well as honors from the New York Daily News and over 24 “Best Of” honors from media outlets such as the Philadelphia Inquirer, Delco News, Delaware County Daily Times, and Main Line Times.

About The Media Music Theatre Company:


The Media Theatre for the Performing Arts is a 501(c)(3) non-profit organization operating as the only award-winning professional theatre in Delaware County.  It produces a full season of musicals and one play, the Broadway Series, a Children's Series, and educational opportunities. The theatre’s mission is to promote and nurture the imagination, diversity and joy unique to music theatre is exemplified by the professional productions of new and classic works and by our work with young people to herald music theatre as an art form that is indigenous to their cultural heritage.
at March 03, 2017 1 comment: