She's back where she belongs! "Hello Dolly" starring Andrea McArdle is at The Media Theatre April 22 to May 24. Andrea McArdle returns to the award-winning professional music theatre venue after winning accolades as "Mame" two years ago.

"Hello Dolly", Jerry Herman's Tony winning musical based on Thornton Wilder's "The Matchmaker", is all about the sassy, brassy, and totally classy lady who has her eyes on Horace Vandergelder and assists a few others in finding love as she follows her own destiny.

Andrea McArdle first captured the hearts of theatergoers everywhere in 1977 when she originated the title role in the mega-musical ANNIE, based on the popular Harold Gray comic strip “Little Orphan Annie”.  Since then, she has starred in several Broadway musicals and appeared in theatres in New York, nationally and internationally.  She has performed in concert halls from Carnegie Hall  to the Hong Kong Philharmonic and casino hotels in both Las Vegas and Atlantic City.  She has honed her craft by working with some of the great legends of the entertainment industry such as Ethel Merman, Liza Minnelli, Julie Andrews, Bob Hope, Liberace, Frank Sinatra, Steve Martin and Martin Short, to name a few, and was privileged to have appeared on television with Johnny Carson, Merv Griffin and Dinah Shore.

As “Annie”, Andrea became the youngest performer ever to be nominated for a Tony Award as Best Lead Actress in a Musical.  She also received the Theater World and Outer Critics' Circle Awards for her performance and went on to star when the show was produced on London’s West End.

Coming full circle, Andrea was tapped by Academy Award nominated director Rob Marshall to appear as “The Star to Be” in the Disney/ABC television production of ANNIE starring Kathy Bates and Victor Garber.   And in the summer of 2010, Andrea played, yes, Miss Hannigan in a production at the North Carolina Theatre and at Musical Theatre West in California.

Also on Broadway, Andrea starred in the Jerry Herman musical "Jerry's Girls" alongside Carol Channing and Leslie Uggams; she portrayed the sassy Smoking Car, Ashley, in Andrew Lloyd Webber’s "Starlight Express"; and starred as Margy Frake in "State Fair"; as Fantine in "Les Miserables" and, most recently as Belle in Disney’s "Beauty and the Beast".

Most recently, Andrea appeared Off-Broadway in the satirical "Newsical" and regionally as the title role in "Mame" (Media Theatre).  Other theatre appearances include starring as Esther, the Judy Garland role, in "Meet Me In St. Louis"; Mrs. Johnstone in "Blood Brothers", Penelope Pennywise in "Urinetown", Sonia in "They're Playing Our Song"; Luisa in "The Fanasticks"; Eva Peron in "Evita";  Nancy in "Oliver"; the Narrator in "Joseph and the Amazing Technicolor Dreamcoat"; Annie Oakley in "Annie Get Your Gun",  Sandy in "Grease" and as Mama Rose in "Gypsy".

In addition to ANNIE, Andrea’s film and television credits include starring as Judy Garland in "Rainbow", appearing in "The Leading Ladies of Broadway" on PBS, "All My Children"on ABC and headlining her own PBS special "Andrea McArdle On Broadway".

Joining Andrea McArdle in the production is a cast of Media Theatre favorites in plum roles and a few newcomers to add to the mix. 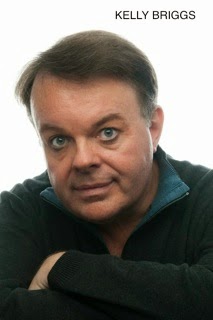 Kelly Briggs, recently seen as Thenardier in Media's "Les Miserables", returns to delight audiences alongside Andrea McArdle as Horace Vandergelder. He worked with her in "Mame" as well.

The silky tenor vocals of Patrick Ludt will enhance the role of Cornelius, as he sings "It Only Takes A Moment". Ludt recently took on the role of Jean Valjean in "Les Miserables" and the chameleon-like actor was also Roger in "Rent", Sir Robin in "Spamalot", and Freddy in "My Fair Lady" at The Media. His sidekick, Barnaby, will be played by Cameron Scot Slusser who makes his Media Theatre debut.
Memorable actress and vocalist Elisa Matthews will bring Irene Molloy to life. She was also seen in "Les Miserables" recently as Fantine, and Media audiences have enjoyed her as Betty in "Sunset Boulevard", Maria in "The Sound of Music", and Eliza Doolittle in "My Fair Lady". 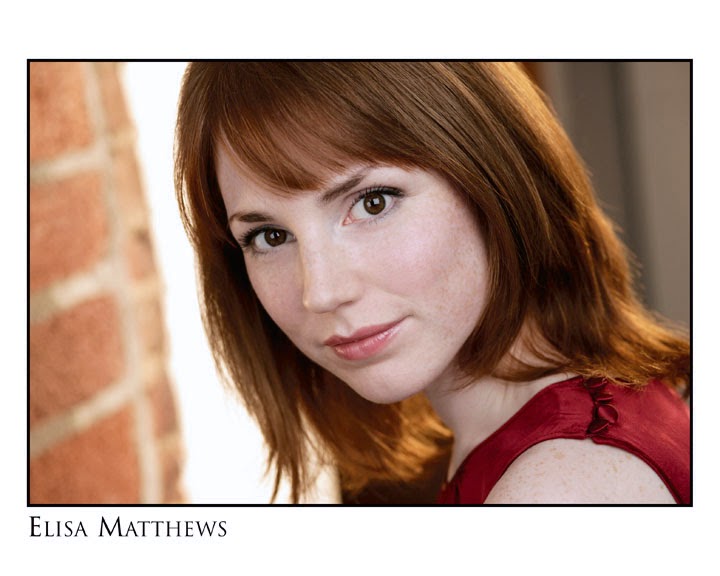 SEE MORE 'GHOST' PICS! REGIONAL PREMIERE OF THE MUSICAL IS ON THRU MARCH 29

"Ghost: The Musical" is receiving standing ovations, as audiences enjoy the regional premiere of the Broadway show at The Media Theatre.

It follows the story of the popular 1990 film it's based on, in which Molly deals with her lover Sam's early demise. Sam contacts a psychic so that Molly understands what really happened.

The show runs through March 29. Wednesday matinee at 2pm, Wednesday evening at 7:30. Thursday performance at 7:30, Friday at 8pm, Saturday at 2pm and 8pm, Sunday at 3pm.

The professional cast are members of the Actors Equity Association union. The musical is directed by Jesse Cline.

The Media Theatre has the region's premiere of "Magic Tree House: Knight At Dawn"! It's a fun hour long musical for ages 4 and up based on Mary Pope Osborne's second story in the popular book series about Jack and Annie who find a tree house filled with magic books. When they put their finger on any of the books, they go back in time.

In "Knight At Dawn", Jack and Annie go back to Medieval Times to meet The Black Knight and learn what courage is all about. The musical has plenty of humor, adventure, and songs such as "How Far Can You See?" and "Welcome To The Dungeon".

This is the second consecutive year in which The Media Theatre presented the regional premiere of a "Magic Tree House" musical. Last year's "Dinosaurs Before Dark" took audiences to prehistoric times and was extremely popular.

The shows are fun for adults as well, presenting a fast-paced hour during which the youth cast, with help from professional adult actors, take audiences along on the journey. There is also a chance for little ones to come up on stage and join in!

The Philly region's professional premiere of the musical GHOST: THE MUSICAL is on March 4 to March 29!

Be the first to see the pop/ rock sight and sound extravaganza based on the popular 1990 film. It's one of the most romantic stories of all time, as Sam tries to contact his lover Molly after an untimely demise.