FIRST LOOK PICS: 'TO KILL A MOCKINGBIRD' AT MEDIA THEATRE

"To Kill A Mockingbird" is at The Media Theatre through February 21. The legendary novel by Harper Lee is adapted by Christopher Sergel for the stage play.

With a cast of professional actors featuring both youth and adults the show is directed by three-time Broadway World Award winner Jesse Cline.

Focusing on the trial of a young black man falsely accused of physically harming a young white woman in 1930's Alabama, "To Kill A Mockingbird" presents a powerful examination of racial tensions and profiling which still exist today.

The youth roles (Scout, Jem, and Dill) are double cast with two groups of talented young actors. Lexi Gwynn and Jolie Jaffe share the role of Scout, while Brayden Orpello-McCoy and Ben Pedersen bring life to the role of Jem. Jacob Shapiro and Tim Woodward are Dill.

Tickets are available by calling 610-891-0100 or by visiting mediatheatre.org

The Media Theatre's "To Kill A Mockingbird" features a professional cast of actors, young and old, bringing Harper Lee's classic story to life within the script adaptation by Chris Sergel. The show focuses on the trial of young Tom, an African American who lives in fictional Maycomb County, Alabama in the early 1930's who is accused of a crime against a young white woman.

The production, unlike any other produced ever before, also features members of Media's Second Baptist Church who will assist in capturing the true essence of the play directed by Jesse Cline, the theatre's Artistic Director. It is on stage January 27 through February 21 at The Media Theatre. The show was initially expected to close a week earlier, but due to popular demand was extended an extra week.

The Second Baptist Church's Pastor Warren Mays is venturing onto a professional stage by taking on the role of Reverend Sykes in the show. "I accepted this due to the challenge of performing in my first dramatic play as a role that reflects similar values during the oppressive and unjust Jim Crow era," he said. "This is my first show participating with professional actors. My experience has been limited to brief roles in church plays."

He'll share the experience with various members of his congregation who will perform in the show as well. They'll represent African Americans who reside in Alabama during the time of the play. The Second Baptist Church members will sing and perform to enhance the show's integrity and define its atmosphere.

"While Maycomb County is a fictional place, it represents the true definition of what was happening during the time period of the show," said director Cline. "It still, to this day, represents those things happening around us which tell us that 'the more things change, the more they remain the same' in some instances."

Pastor Mays believes strongly in this collaboration. "This has the potential to promote an ongoing educational, spiritual and cultural dialogue between the two groups."

When the Pastor was asked how he applied his status as the leader of Second Baptist Church's congregation to the role of Reverend Sykes, he explained "As a 21st century African American pastor, I had to learn to act subservient in my role in the show--a definite personal adjustment--while still demonstrating the same compassion and influential power of the Black Church, and confronting inequality."

"I envision the audience embracing a knowledge of the Jim Crow era formulated by distorted racial beliefs, laws, and actions," he continued. "However, I am optimistic the viewing public will gain more of an appreciation for those individuals who risked and sacrificed their lives in the struggle for justice. Hopefully, they'll be moved to participate in the eradication of injustice everywhere."

Pastor Mays, as one would expect, is more than happy to share information regarding the Second Baptist Church of Media. "Our church is celebrating 115 years as a beacon of light in the Media borough. The congregation is comprised of individuals and families from the Tri-State area. We promote racial and ethnic harmony through Jesus the Christ in the recognition of God's creatures and creation. Ministries are developed to meet the needs of the people and those in foreign countries through a biblical perspective."

Cline added, "With his type of belief system and faith background, there was no better choice to portray Reverend Sykes than Pastor Warren Mays of Media's Second Baptist Church. You can't bring that to the stage unless it is with you every step of the way. We are happy to have Pastor Mays and members of his congregation enhance our production of "To Kill A Mockingbird" at The Media Theatre."

Pastor Mays is thankful for his role in life. He says enthusiastically, "God has allowed me to pastor His caring church for 30 years with a lovely family--my wife, Lenora and my children LaTisha, Warren Jr., Isaiah and Ashley and my grandchildren. I am blessed to be able to offer Christian Counseling, Biblical Preaching and Teaching, Intercessory Prayer and to facilitate Seminars and Conferences."

He's also ready and willing to communicate further information regarding the Second Baptist Church of Media. "Just visit our website for information at www.secondbaptistmedia.com."

For tickets and information regarding "To Kill A Mockingbird", call 610-891-0100 or visit mediatheatre.org.

The Media Theatre is a non-profit professional theatre and neither promotes or condones one religious preference over another. Pastor Mays of Second Baptist Church is an actor in the show and, as with any feature about actors or those involved with a production, this article gives us insight as to who one individual is who is on stage.

In an almost complete sweep of the 2015 Broadway World "Best of Philadelphia" Theatre Awards, The Media Theatre won 20 out of 23 categories including Best Musical, Best Play, and two honors for Best Director Jesse Cline who is the Artistic Director for Media Music Theatre Company. MMTC is the professional music theatre organization housed at The Media Theatre.

The nominations were announced back in November for productions which were produced between October 1, 2014 and September 30, 2015. The Media Theatre landed over 40 nominations all told, eventually receiving 20 "Best Of" honors from the esteemed online theatrical magazine. Broadway World has headquarters in NYC and regional offices throughout the USA, giving up to the minute reports on all that is Broadway, Off-Broadway, and for each major city's theatre district and community. 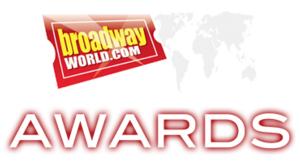 After nominations were announced, Broadway World opened the voting up in each region to public voting. Members of each theatre community cast their votes as well as theatre patrons. The awards are very similar to the nationally televised People's Choice Awards, as the public chooses the winner in each category.

With an astounding show of a practical sweep of the 2015 Broadway World Philadelphia Awards, The Media Theatre maintains its position as one of Philadelphia's most talked about and appreciated live theatre venues, as the heralded work of MMTC presented extremely popular and critically acclaimed productions last year such as "Les Miserables", "The Miracle Worker", and "Hello Dolly" starring winner Andrea McArdle.

The Media Theatre was nominated alongside other professional theatres in the Philadelphia/ Wilmington region including Walnut Street Theatre, Bristol Riverside Theatre, People's Light and Theatre Company, and The Arden Theatre.

Currently, The Media Theatre is set to open "To Kill A Mockingbird" January 27 which features several of the 2015 winners: Lexi Gwynn, Kelly Briggs, Hillary Parker, and director Cline.

BEST DIRECTOR OF A PLAY--Jesse Cline, "The Miracle Worker"

BEST ACTOR IN A MUSICAL--Kelly Briggs as Herbie, "Gypsy"

BEST ACTRESS IN A MUSICAL--Andrea McArdle as Dolly, "Hello Dolly!"

BEST ACTOR IN A PLAY--Andrew Criss as Captain Keller, "The Miracle Worker"

BEST ACTRESS IN A PLAY--Lexi Gwynn as Helen Keller, "The Miracle Worker"

BEST SUPPORTING ACTRESS IN A MUSICAL---Anna Giordano as Louise, "Gypsy"

BEST SUPPORTING ACTOR IN A PLAY---Nicholas Saverine as Doc, "The Miracle Worker"

BEST SUPPORTING ACTRESS IN A PLAY---Hillary Parker as Mrs. Keller, "The Miracle Worker"

The three awards that were not won by The Media Theatre were Best Music Direction (Ryan Touhey, "Ragtime", Bristol Riverside Theatre) and Best New Work ("Moon Man Walk", Orbiter 3) plus Best Production by a Non-Equity Local Theater ("Merrily We Roll Along", Temple University).

Ironically, the production that won the most honors for The Media Theatre --known for its musicals--was "The Miracle Worker", which is a play. It walked away with 8 awards.

For information regarding The Media Theatre's upcoming schedule, acting classes, dance classes, summer camps and more call 610-891-0100 or visit mediatheatre.org.
MMTC would like to thank everyone who supports the work being done at The Media Theatre.