Williamson Trade School, located just five minutes from The Media Theatre, had a busy crew at what has become known as Delaware County's only professional music theatre. This was during its second annual Community Service Week, May 15-19.

“For four days we provide a community service, giving back to the community by assisting local non-profits,” stated Renee Lallo, a volunteer with Williamson whose husband, Art, sits on their board. “The Media Theatre is a terrific place, providing educational opportunities for young students,” she continued, as her daughter Valerie helped with some painting in the theatre’s second floor Crystal Room. The Lallo’s daughters are previous students of The Media Theatre’s acting classes.

Michelle Martella, Williamson’s Director of The Annual Fund, was on hand as well, working with the Trade School’s young men who were busy throughout The Media Theatre from the front doors of the lobby to the backstage dressing rooms. “We are doing some needed touch-ups, restorations, and installing new fixtures here and there,” Michelle said.
Williamson’s Placement Director, Margaret Kingham, was supervising each aspect of the work being done at the theatre. “One of Williamson’s core values is service, to give back and to assist the community,” she explained. “Mr. Walter Strine, Sr, who renovated The Media Theatre back in the mid-90’s as a beautiful performing arts venue was a student of Williamson. He was a student of our Masonry program. He eventually, in his own way of giving back to the community, donated funds to Williamson to create our Strine Learning Center.”

With Williamson’s Service Week at The Media Theatre, it was as if The Williamson family had come home and a circle was completed which started when Strine had been a student at Williamson. A few of the current students of 2017 put their own personal touch on the venue. The theatre has, since Strine’s complete renovation in the mid-90’s, become synonymous with award-winning professional music theatre.

Surely Mr. Walter Strine, Sr,--had he been here to witness the service work being done this week-- would have been very proud of the 2017 students assisting in retaining the elegance of a building that was so near and dear to his heart. He is, most likely, looking down upon the young men who came to the aid of The Media Theatre and giving them plenty of applause.

The Media Theatre’s current musical is “Saturday Night Fever” through June 11. For children, “Alice In Wonderland” will be on stage each weekend through May 26. Summer camps begin June 17. The theatre's Artistic Director is Jesse Cline. For more information, visit mediatheatre.org or call 610-891-0100.

Williamson College of the Trades prepares qualified young men to be respected leaders and productive members of society. More info may be found at www.williamson.edu

The Media Theatre has "Always, Patsy Cline" June 15 to July 2


"Always, Patsy Cline" is the hit show with songs made famous by the legendary country singer. It's on stage at The Media Theatre June 15 to July 2, starring Broadway's Jenny Lee Stern.  Performaces are Thursday nights at 7:30pm, Friday and Saturday nights at 8pm, and Sundays at 3pm.
Always…Patsy Cline has enjoyed great success all over the United States, including a successful run off-Broadway. It has been one of the most produced musicals in America according to American Theatre Magazine. “Always…Patsy Cline” has also been enjoyed internationally by audiences in Canada, the UK and Australia. 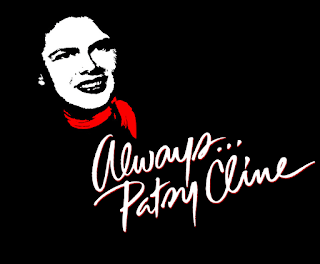 GO TO OUR CALENDAR, CHOOSE YOUR DATE, AND GET TICKETS NOW
“Always…Patsy Cline” is more than a tribute to the legendary country singer who died tragically at age 30 in a plane crash in 1963.  The show is based on a true story about Cline’s friendship with a fan from Houston named Louise Seger, who befriended the star in a Texas honky-tonk in l961, and continued a correspondence with Cline until her death.
The musical play, complete with down home country humor, true emotion and even some audience participation, includes many of Patsy’ unforgettable hits such as Crazy, I Fall to Pieces, Sweet Dreams and Walking After Midnight…27 songs in all.  The show’s title was inspired by Cline’s letters to Seger, which were consistently signed “Love ALWAYS… Patsy Cline.”
Jenny Lee Stern is a Bucks County native and Broadway veteran. She was seen on Broadway in Rocky (Original Broadway Cast) and A Christmas Story (Madison Square Garden). She toured the country as "Mary Delgado" in Jersey Boys, originating the role in the Chicago and Toronto companies.

Ms. Stern has been seen frequently on the cabaret circuit in NYC, performing at Town Hall, Feinstein's, Birdland, Lincoln Center, and 54 Below, including her solo show Just A Girl. Regionally, she has found her niche playing "Patsy Cline" in Always, Patsy Cline. She recently played the role (for the 5th time!) at the Walnut Street Theatre in Philadelphia. Other Philadelphia credits include: West Side Story, Godspell, Lobby Hero, 42nd Street, High Society (Walnut Street Theatre); Seussical, Cats (Media Theatre), The Great American Trailer Park Xmas Musical (Montgomery Theatre). She has been seen on TV in The Sopranos and The Mysteries of Laura as well as annually in the Philadelphia Thanksgiving Day Parade. Jenny studied acting at NYU and North Carolina School of the Arts. She is mother to two young daughters and lives happily in Doylestown, PA.

There will be guest narrators at each performance to assist in telling the story. Week one (June 15-18) features WMGK Classic Rock Radio's Debbi Calton, Week Two (June 22-25) is FOX-TV's Sue Serio, with Week Three (June 30-July 2) being QVC's Jane Treacy. Local actress Susan Wefel is the narrator one night only, June 29.

The Media Theatre Announces "Alice In Wonderland" Cast.....Show Is On Stage June 3 Thru Aug. 27

This summer, Alice will chase a rabbit, fall down a hole, and get smaller and larger while meeting all types of crazy characters. Will you follow her? It's time for a new musical version of "Alice In Wonderland" at The Media Theatre, based on Lewis Carroll's classic. 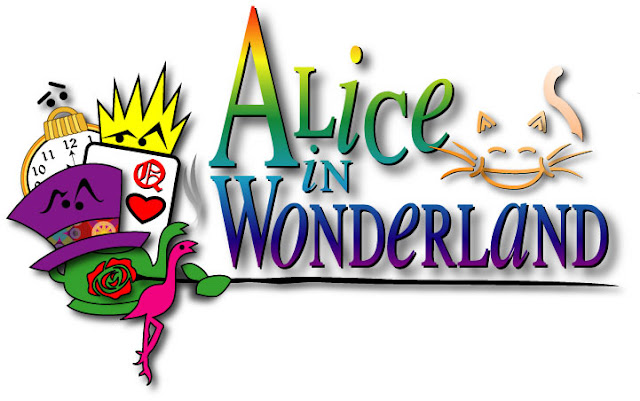 There's audience participation at the Croquet game, and plenty of humor as three parents of Media Theatre students join in the fun, playing roles in the show alongside their children. Eileen Wiley makes her Media Theatre debut as the Queen of Hearts with her daughter, Violet, playing Alice. Doug Henry and his daughter play Tweedledum and Tweedledee, sharing the role with Henry O' Neill and his son Sean.

Tim Haney plays the Caterpillar and the King, Ricker is The Mad Hatter and a funky singing table, and no two performances will be the same as most roles are double cast.

Media Theatre's New School students and Acting Class participants portray everything from the White Rabbit to Hedgehogs and more in this lively, upbeat adventure. Tickets are just $12 for children and $15 for adults. Group rates are available. Call 610-891-0100 or GET TICKETS HERE

Jenna Pastuszek and Ashley Sweetman, the two extremely talented young ladies who performed the roles of Daisy and Violet Hilton, sisters who were joined at the hip in The Media Theatre's production of Side Show recently, are joining forces once again. Their special one-night-only cabaret is Monday July 24 at 7:30pm. It's entitled "Side By Side".
With a song selection featuring some of their favorite Broadway show tunes, plus a reprise of "I Will Never Leave You" from Side Show, Jenna and Ashley will entertain in a cabaret style setting in the theatre's elegant Crystal Room. Seating is limited, so it's best to reserve seats now ($25 per person). 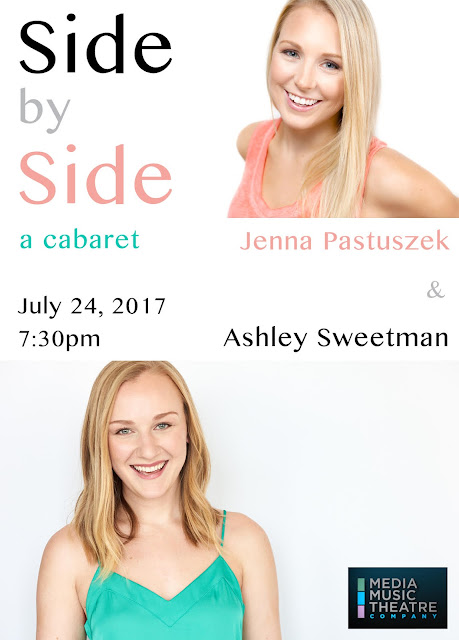 Jenna Pastuszek is originally from Swarthmore. Recent credits include the critically acclaimed production of Side Show (The Media Theatre) as well as Diner (Delaware Theatre Company), Because Of Winn Dixie (DTC), Bad Jews (Walnut Street Theatre), Evita (Stage Door Theatre), Catch Me If You Can (Eagle Theatre), Single (NYMF), The Incredible Fox Sisters (New Ohio Theatre), Next Thing You Know (Sharon Playhouse), The Rocky Horror Show (Arundel Barn Playhouse).
Ashley Sweetman is thrilled to be peforming (again) alongside her friend  and fellow NYU Steinhardt alum, Jenna, after appearing with her throughout the production of Side Show at The Media Theatre. Ashley has also been seen at the Media Theatre in Dogfight, Ghost: The Musical, and Les Misérables. Select regional credits include Shout! The Mod Musical (Yellow Girl), Smokey Joe’s Café  (Pattie), Next Thing You Know (Lisa), and The Best Little Whorehouse in Texas (Doatsy Mae).
For tickets to the Jenna and Ashley cabaret, call 610-891-0100 or VISIT MEDIA THEATRE WEBSITE CALENDAR HERE, CHOOSE JULY 24
at May 05, 2017 No comments: