A Delaware County gal who moved to NYC in order to achieve her goals of becoming a professional actress is back in Delco. Victoria Guiteras Mayo of Springfield is portraying the role of Rose in The Media Theatre's production of "Dogfight" March 9-27.

A Temple University grad, she was previously seen at Media as Tracy in "Hairspray", Millie in "Why Do Fools Fall In Love", and as Thea in "Spring Awakening". She has worked recently with Sally Struthers as Doralee in "Nine To Five" and in "Spamalot" for which she received a Broadway World Award as Best Actress in the DC region as The Lady of The Lake. 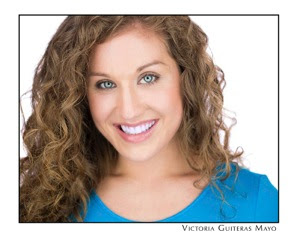 Evolve IP will receive the Community Partnership Award at The Media Theatre Gala on Saturday February 20. The honor is given annually to a business, corporation, or individual which assists Media Music Theatre Company in achieving its goals annually through marketing, IT, or other valuable assets.

Media Music Theatre Company is the professional music theatre housed at The Media Theatre. Evolve IP has donated, in the past 18 months, phone and internet services which have created a more efficient and productive box office plus marketing opportunities which extend to the Executive Staff as well.

The liason from Evolve IP to the theatre is Scott Kinka of West Chester, who will be accepting the award on February 20.

Evolve IP, founded in 2008 in Philadelphia, is The Cloud Services Company™.     Evolve IP provides businesses with a unified option for cloud services. Evolve IP enables decision-makers to migrate all or select IT technologies to its award-winning cloud platform. Today, tens of thousands of customers across the globe depend daily on Evolve IP for cloud services like virtual servers, virtual desktops, disaster recovery, unified communications, contact centers, and more.

IN 2015 alone, Evolve IP has been awarded  Philly’s Coolest Places to Work from Philadelphia Magazine; Entrepreneur Magazine, Best Entrepreneurial Companies in America;  Inc 500 and Philadelphia Alliance of Capital and Technology, Emerging Technology Company of the Year.

But most important was awarded FirstTrust Bank’s – Business First Award which was designed to highlight the community involvement efforts of businesses in the Philadelphia Region.

Scott Kinka serves as Chief Technology and Product Development Officer for Evolve IP. He is also a founding partner of the company. An award-winning, 20-year technology veteran with expertise in virtualization, cloud security and telecommunications, Mr. Kinka designs the Evolve IP roadmap, leads Evolve IP’s project team and works closely with customers and partners. Scott was named one of Philadelphia’s 40 under 40 and selected as the region’s Top IT Innovator by the Philadelphia Business Journal. Mr. Kinka also is a nationally recognized technology expert having appeared on CBS News along with being quoted extensively in publications like USA Today, FOX News and CIO Magazine.
Mr. Kinka graduated from La Salle University with a B.A. in communications, and studied telecommunications at the graduate level at Temple University.   He currently lives in West Chester with his wife and three children.
After hours, Mr. Kinka coaches youth soccer and plays piano in local bars and pubs.
For information regarding The Media Theatre's annual Gala, "Fight For The Arts", call 610-891-0100 or visit mediatheatre.org

Something truly magical takes place on Monday evenings at the Media Theatre.

The Media Theatre State Street Miracles, a performance troupe of 14 adults with intellectual disabilities, have a mission to spread the joy of music and dance while increasing awareness of the talents and abilities of people with disabilities.
2016 marks their 10th anniversary of performing and remarkable strides have been made in those 10 years. The troupe has grown from eight to 14 performers, they’ve learned the music, lyrics and choreography for 14 songs from classic musicals to pop and rock, and they’ve played to audiences from Harrisburg to Washington, D.C. They will be traveling to Harrisburg once again on March 16, 2016, to perform for the Pennsylvania Senate.

The Miracles are ambassadors in song who use their vocal and dance talents to show that people with disabilities have many abilities. Their performances are professional, yet spontaneous as the Miracles introduce themselves and perform a repertoire of songs from show tunes to modern hits including the Journey song, “Don’t Stop Believin’.”

Wherever they perform, smiles instantly appear on people’s faces as they are inspired and entertained by their lively dancing and singing.

Since they were organized in September, 2006, the State Street Miracles have earned standing ovations for many performances, including concerts at the Rose Tree Summer Festival, the Pennsylvania Special Olympics Fall Festival at Villanova University. They’ve also traveled to Harrisburg where they were recognized by the state Senate and performed in the Rotunda, and to Washington, D.C., where they performed in the Senate Rotunda.

The troupe, which is sponsored by the Media Theatre, features 14 adults who have various developmental disabilities from autism to Down syndrome, but love to sing, dance and perform. The emphasis at Monday night rehearsals goes beyond performing. Since they joined the group, all members have experienced improved speech and articulation, better independence and decision-making, increased self-esteem, and most importantly, they’ve formed friendships with their fellow performers, the Media Theater staff, and members of the overall community.
Their repertoire includes a rousing rendition of “God Bless America,” a meaningful version of “Getting to Know You,” their theme song, and a hip-shaking version of Elvis Presley’s “Hound Dog.” The group enjoys singing “Lean On Me,” which communicates an inspiring message of support for each other.

Their message is also embraced in “That’s What Friends are For,” “Sing A Song” and “We Are the World.”

The mission of the State Street Miracles is to provide people with disabilities an outlet to express their musical and artistic talent while raising awareness in the community of the creative abilities of people who have a developmental disability.

While people with disabilities are more included today in the school and work environment, there are still many barriers preventing them from participating in the arts community. The Media Theatre, a professional music theater, provides a bridge to performance opportunities.

The State Street Miracles are taught in weekly sessions that provide them with affordable access to performance classes, plus the opportunity to perform.

During their introductions, the members tell a bit about themselves including their jobs and athletic accomplishments, and they stress that they are registered voters and they hold jobs.

If you would like to support or donate to The State Street Miracles, please email Roger at rer764@gmail.com. The Miracles program relies on donations to succeed.

The Media Theatre is going to be humorously happy this spring with “Sleeping Beauty” on stage for children ages 4 and up. The somewhat ‘fractured fairy tale’ version of the classic tale is heavy on comedy but also has plenty of heart. It plays Saturdays at 11am and Sundays at Noon March 12 through May 22.

Written by R. Eugene Jackson and Patsy Pollard, the show is one hour in length and features songs such as “Love Is”, “Merricore”, and “Spinning”. 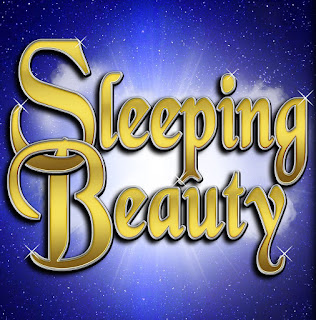 Based on the tale of the young lady who pricks her finger on a spinning wheel and falls into a deep sleep until loves kiss comes along, this “Sleeping Beauty” promises to be fun for all. With roles such as a silly Prince, Tipsy the Gypsy, a Court Jester and a Magician who turns himself into a frog, it’s a fast-paced play with music.

The cast is made up of students from The Media Theatre’s New School and acting classes. Two adults join the fun: Roger Ricker as the Jester and Henry O’ Neill as the Royal Magician.

Most of the roles are double cast. Actors will alternate performances during the show’s run.

Raymond J. Vivacqua, M.D, is the 2016 recipient of the Walter M. Strine, Sr. Advocate of the Arts Award at The Media Theatre's annual gala on Saturday February 20.

The prestigious honor is named after Strine, the entrepreneur who renovated The Media Theatre and transformed it into a live performing arts center in 1994. Vivacqua joins previous honorees whose support has assisted in the theatre being able to make improvements, gain a wider audience, and continue to expand its educational opportunities.
Raymond J. Vivacqua, M. D, is no stranger to assisting many with a good cause. He is the Chief of Hematology and Oncology at Crozer, Springfield, and Taylor hospitals. He works with each of his patients and their families to provide compassionate, technical care in order to give each one of them the best opportunity for the highest quality of life.

His support of The Media Theatre assists in providing the finest opportunities for many youth in the region who have an interest in the performing arts.

The annual gala, which has the aggressively fun title "Fight For The Arts" this year, is at once a fundraiser and a celebration. Entertainment will be provided by Tony nominee Josh Young accompanied by Brian Lowdermilk during a special one-night-only concert event.

The entire evening will remind patrons that in order for Media Music Theatre Company to continue to produce its award winning and nationally recognized programming everyone must 'put up their dukes' and get into the ring to fight to succeed.

Tickets which include the evening's two receptions and award presentation as well as the boxing matches are $150 per person. "Show Only" tickets for just the concert are $55 each.

The Media Theatre has “Dogfight: The Musical” March 9-27. With music and lyrics by Benj Pasek & Justin Paul and a book by Peter Duchan, it’s based on the 1991 film of the same name. It’s the winner of the Lucille Lortel Award for Best Musical.

Zack Krajnyak, who played the lead role of Sam in “Ghost” at Media Theatre last season, returns to play Eddie Birdlace in this production directed by Jesse Cline. Victoria Mayo, who delighted audiences in “Hairspray”, takes on the role of Rose.
Others in the cast include Kyle Segarra as Bernstein, Jake Glassman as Fector, Glenn Britton as Gibbs, Michael Wessels as Stevens, and Joe Pudetti as Boland. Deborah Lynn Meier is Marcy, with Sarah Gafgen as Ruth Two Bears and Kaitlin Davis as Mom. JP Dunphy takes on the role of The Lounge Singer, while CJ Celeiro, Krystina Hawkinson, Alyssa Orapallo, Andrew Ruggieri, Ashley Sweetman and Denzel Thomas make up the ensemble.

“Dogfight: The Musical” is at The Media Theatre March 9-27. There are matinees on Saturdays and Sundays, with evening performances on Tuesday, Wednesday, Thursday, Friday, and Saturday. (One weekday matinee Thursday March 10.) For tickets call 610-891-0100 or visit mediatheatre.org