The Media Theatre is where you'll find the best local up and coming talent this summer in the 2015 "Vocalist" and "Vocalist Junior" contests. Young singers from elementary school age through college and a bit beyond will entertain audiences twice per week beginning July 8 for five weeks. Media Music Theatre Company produces the event each summer.

The 2015 contestants feature a highter percentage of newcomers to The Media Theatre stage than in year's past, plus a set of twins and two-out-of-three triplets (the third is into sports, to keep the family well-balanced). 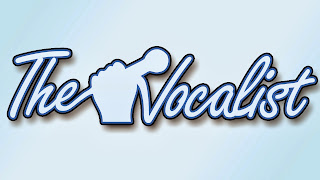 They're culled from recent auditions held at the theatre's new School and Dance Studio in Media. The actual contest performances will take place at the theatre (104 East State Street). Ages 14-24 will sing their hearts out Wednesday nights at 7pm during "The Vocalist" with the tots and pre-teens ages 7-13 in "The Vocalist Junior" taking the stage Sunday nights at the same early evening hour. Iron Workers Bank is the annual sponsor.

They'll be slight changes to the contest this year, but the main format remains the same. No one is eliminated until after Week Three in either competition, so each singer has ample opportunity to hone their craft in front of a live enthusiastic audience. Equal parts contest and educational opportunity, "The Vocalist" allows each contestant to have equal recognition and deserved applause during the first three weeks.

"Audiences will actually get to see each contestants grow," said the music theatre company's Artistic Director Jesse Cline. "The contestants will feel more at home on the stage as they have three weeks to do their best, without the constant pressure of not returning the following week."

Cline continued, “We also look at this as an educational experience. So, rather than singing one song and leaving the competition, each vocalist has the opportunity to learn a bit more about what it takes to perform in front of an audience on a professional stage.”
Cline, as the one constant judge, is a part of an important process in the competition. He will have an extra category on his ballot that will not appear on the guest judges' tally sheets. His added category is entitled Individualism, which reflects his connection to the singers each week and his rapport with them following their performances. "In getting to know them more than the other judges it seems logical that I would have this extra category. There may be a week in which a young singer falters a bit...but I will know what they are capable of and who they are. The Individualism category speaks to the fact that each contestant is unique. Their interests and what is best for them should come first. Each has their own story to tell in their own way."
The guest judges will mark their ballots in three categories. The added category of Song Choice will join Vocal Ability and Stage Presence. Cline will have those three, plus his extra category. All categories will utilize a 1-10 ranking system with 1 being the lowest score and 10 being the highest possible.
Online voting will take place again this year, not affecting any outcome until after Week Three. As with the judges’ scoring, the online voting will also be accumulated for three weeks. After week three, the online scores will be tallied and the person with the most votes online will receive an added 30 points to their total score. The additional points may or may not assist them in moving forward. The second place online vote-getter will receive an added 25 points, with the third receiving 20 extra. Vote-getters four through ten receive 15 extra points, and those who rank eleven through fifteen online will gain 10 extra to possibly move them into the Semi-Finals.
Also, for every 10 tickets purchased in a contestant's name (with the patron mentioning their favorite singer's name when buying tickets) an extra point is added to the score. This is similar to television singing competitions in which the singers who do the best on i-tunes get extra points to stay in the contest.
The Semi-Finals will see the Top 25 sing during week four of each "Vocalist" competition, with 15 returning for The Finals. 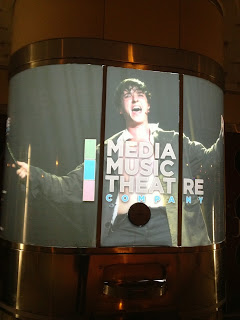 The Media Theatre's new School & Dance Studio offers valuable training which happens daily locally in the Philadelphia region. It's a solid and reputable venue, built upon years of professional music theatre, which begs one to ask the question "Why travel to NYC to train?" or "Why search elsewhere?"

There is a mind-set within the theatre community, particularly with parents of children and teens, that in order to gain the best dance training you must go beyond your immediate geographic region to take lessons. This is a fallacy that simply leads people toward a 'dream' rather than a fulfilled training experience.

For instance, it's a fact that Broadway is the be-all and end-all goal for those who wish to 'make it big' in the world of theatre. Therefore, it must be the same when it comes to proper training, right? Wrong!

Training of good quality which produces proper technique, in the realm of acting, singing, and/ or dance, does not have to take place in NYC. Not that NYC does not have good quality training, but it's not any different than training locally---unless you are one of the top 5% of performers who have a continuous career on the stage.

There is no need to enroll your child or teen in a summer or seasonal program which is over two hours away in any direction, or even to travel into Center City Philadelphia. If you live in Delaware, Chester, or Montgomery Counties, The Media Theatre School & Dance Studio is only minutes from your home. It's 15 minutes from Wilmington, Delaware and between 20 and 30 minutes from any location on the Main Line.

Get rid of false pretense. Train in reality.

CAMP MEDIA THEATRE is still accepting registrations as well. So is THE WHO'S TOMMY teen camp experience. Did U register?
at May 04, 2015 1 comment:

Disney's "Aladdin Jr", the one hour youth version of the hit Broadway musical, delights audiences each weekend June through August. Saturday performances are at 11am with Sunday shows at Noon. There is one Friday morning show at 9:45am on June 5.

Based on the classic animated film in which a humorous genie assists the young Aladdin in his adventurous quest in which he meets up with the beautiful Princess Jasmine, the score features Grammy and Oscar winning songs like "A Whole New World" and "Friend Like Me". 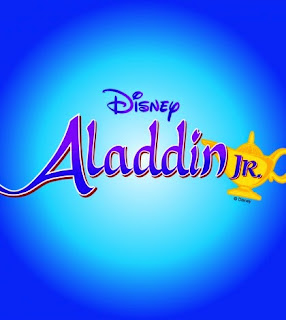 The cast of Disney's "Aladdin Jr" is :